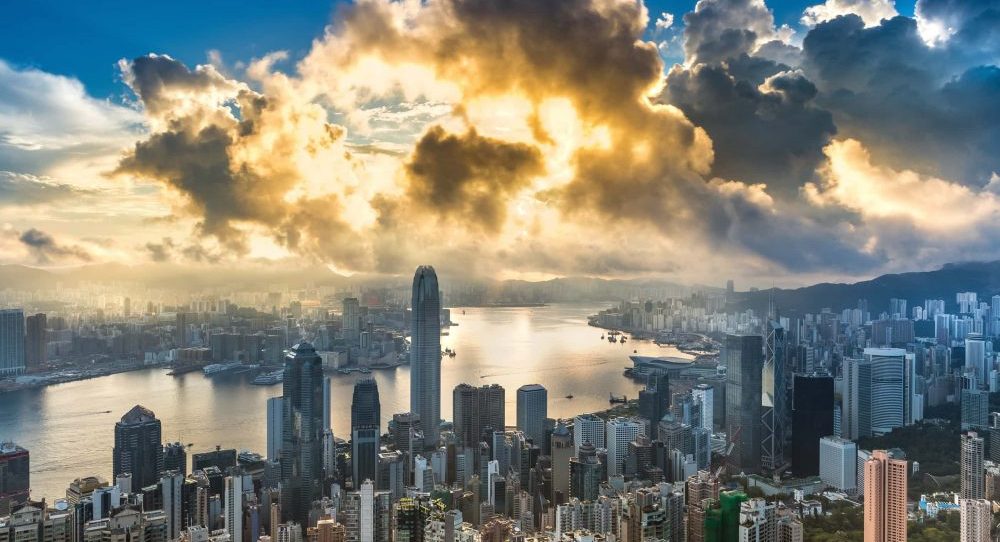 “Hong Kong is the only place in the world that exactly matches with the best feng shui principle of wind and water,” says feng shui grand master Raymond Lo.

A lot of people design spaces in Hong Kong and then consult a feng shui master afterwards. But for us it was very important to consult one right from the beginning,” says Philippa Wong of M.int Academy, a learning centre in Hong Kong’s Aberdeen area that offers music tuition.

Philippa and her sister Andrea opened the centre in August last year. Like many business owners in the city, they wanted to start off on the right foot and ensure optimal luck and a harmonious environment for their business to flourish. So they hired local feng shui master John Choi to advise on the most auspicious layout and design of their centre.

“He advised us on the best places to locate different areas; the best position for the classrooms, our offices, and performance spaces,” says Andrea. “He also calculated the exact time that the main entrance door needed to be installed. This is very significant in feng shui. The building management thought we were a bit crazy, but we ended up having to install the door at a very specific time, like 4:01pm. It was very precise. Even all of the lights in the building, every placement, were calculated by John.”

The feng shui influence at the centre even extends beneath the carpets. “John divided the school into a few sections and in certain [ones] we have three types of stickers; we have a blue sticker, a gold sticker and a blue and white striped sticker,” says Philippa. “They help to boost the flow of energy that is coming through the door. So the gold sticker helps to boost money, and the other stickers represent other types of fortune that all combine to help boost our luck as a business and keep the good energy flowing.”

Almost a year after the centre opened, the sisters are convinced of the benefits. “We found the feng shui working for us,” says Andrea. “We have a 98% conversion rate when the customer actually comes to our centre. So feng shui has definitely played a huge role in that. It’s good energy.”

According to Raymond Lo, vice president of the International Feng Shui Association and one of only five people to earn the title of “grand master”, feng shui is an ancient Chinese practice focused on how the environment affects people’s wellbeing. “In ancient China,” Lo says, “they discovered that there are different kinds of energies existing in our environment. Therefore, feng shui tells us where the good and bad energy is and how to maximise the benefit of the prosperous energy and reduce the negative energy.”

In the past, emperors in China designed entire cities according to feng shui principles. Today, official adherence in cities such as Hong Kong is less explicit, but the practice still influences urban design and architecture through the choices of individual developers, architects and the local population.

One such example are the indigenous villagers in Hong Kong’s New Territories region. After being forced to move to make way for new housing developments, over the past decade the villagers have received HK$10 million of public funds to spend on feng shui rituals for their new homes. “When the government has to take land from villages, the authorities have to respect the local people’s claims that the new developments will destroy their feng shui,” says Lo.

Lo does 60 feng shui consultations a year, on average, in Hong Kong and says it’s not just villagers who are still influenced by the ancient practice: “From my experience, the bigger the building or the development in Hong Kong, the more likely it is that they will consult a feng shui practitioner. I have many clients at big companies and they usually keep it confidential because they don’t want the public to know which part of their building has bad feng shui.”

Lo says he is consulted by people behind offices and new developments for advice on whether the space is suitable, how to decorate, where to situate the boss, where to put the entrance and reception area etc. “Businesses in Hong Kong are very much concerned about their luck and prosperity,” says Lo. “So they want to make sure the boss is sitting in the right place in order to receive the prosperous energy.”

Although some sceptics write off feng shui as pure superstition, there’s no disputing that it runs through the architectural veins of Hong Kong. In 2005, Hong Kong’s City University became the first in the world to offer a feng shui course as part of its building and engineering master’s degree. The local Hong Kong tourism board offers feng shui tours three times a week that explain feng shui’s influence on notable landmark buildings. Stories abound that there is a feng shui battle occurring in Hong Kong’s central business district in which well-known skyscrapers use the practice in their architectural design to increase luck and ward off bad feng shui from neighbouring buildings.

“The HSBC headquarters building in Hong Kong is a classic example of feng shui at work,” says Dr Manuela Madeddu, an architect and senior lecturer on urban environment at London South Bank University. “The building has a garden in front of it, an empty space where the energy is collected, and then the water beyond that, which is wealth, according to feng shui. Two buildings at its side, representing the hills of the Azure Dragon on the east side and the hills of the White Tiger on the west side, protect the building, and mountains at its back support the building. This scheme reflects the ideal feng shui model of the formal school.”

It’s also believed that the HSBC building has cannons on its rooftop (actually service winches) to represent a defence against the negative energy of the building in front of it, the Bank of China Tower, whichis famous for going against good feng shui principles.

“The Bank of China Tower in Hong Kong has sharp angles in its design which is creating what we call ‘sha qi’ or ‘killing energy’,” says Lo. “Sha qi is inauspicious energy to the environment. Because a sharp angle can damage – it’s like a blade for attack.” Lo and other feng shui experts believe the blade-like shape of the Bank of China Tower has had a negative impact, cutting the fortune of surrounding buildings.

Issues we prioritise in our designs, such as the fluidity of people’s movement, are actually the essence of feng shui principles

Months after the completion of the Bank of China Tower in 1989, HSBC’s share price dropped to a historical low of £3.74. In order to counter the negative energy, HSBC supposedly placed the two cannon-shaped objects on top of the building pointed directly at the Bank of China. Ever since, the legend runs, HSBC’s performance has improved.

Choi says there are numerous other examples of well-known buildings in the city that have been influenced by feng shui in their design. “If you see the architecture of the new Hong Kong Government Complex in Admiralty,” he says, “it’s a square shape with a hollow middle. In feng shui, this hollow middle represents a mouth. This means lots of gossips. So inside that building they are arguing all the time. In my opinion, this is a disaster design.”

Rocco Yim, the architect who designed Hong Kong’s Central Government Complex, which opened in 2011, says his firm’s works are not guided by specific feng shui principles, yet he doesn’t rule out feng shui altogether. “If we treat feng shui as an ‘environmental science’,” he says, “then the issues that we prioritise in our designs, such as the fluidity of people’s movement within and around our buildings, the enhancement of lighting and ventilation through the buildings and more importantly the relationship of balance and harmony we create between our buildings and their settings are actually, in my understanding, the essence of feng shui principles.”

Similar to the design of Hong Kong’s government complex, high rises with holes in the middle have become a common feature in a number of buildings in the city and often pique the curiosity of the public. A well-known example is the Repulse Bay development. The gaping hole in the centre of the building is often believed to have been designed for feng shui purposes: a feature known as a “dragon gate”, which legend has it allows the energy of the nearby mountain (or “dragon”) to pass through towards the sea.

However, Lo is quick to dispel this belief as pure myth. “This is nothing to do with feng shui. Those holes in the buildings are just gimmicks,” says Lo. “When we are talking about dragons in feng shui, the dragon is the energy of the land. The energy of the land passes through the mountains, it passes through from underground – it doesn’t pass through any holes. A lot of people don’t actually understand feng shui and they just make up stories.”

But in separating fact from fiction, there is one common claim that Lo believes is true, and it’s that Hong Kong has the best feng shui on earth. “That’s very true. In fact, the Hong Kong feng shui has a name – it’s called ‘the dragon turns its head to greet the ancestors’,” says Lo. “The reason we call it feng shui is because ‘feng’ means ‘wind’ and ‘shui’ means water. With its mountains and harbour, where all the energy collects, Hong Kong is the only place in the world that exactly matches with the best feng shui principle of wind and water. I have travelled to many places in the world and I haven’t seen such good feng shui as [that which] exists in Hong Kong.”

To read this article in full, please click here.