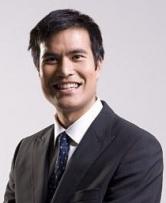 Four Pillars of Destiny and Health

In this presentation, Jerry Kill will be talking about how to evaluate one’s health based upon the Four Pillars of Destiny Bazi chart. Each of the five elements represents specific areas and organs of our human body and Jerry will be using examples from charts to explain how to identify health issues. Knowing about the weakness in our body will help us better prevent future health problems.

Jerry King founder and President of White Dragon Consulting is a world renowned Feng Shui and Four Pillars author and teacher, based in Vancouver Canada. Jerry is a dynamic and highly respected speaker, having been invited to present at a number of events. Jerry specializes in both residential and commercial Feng Shui utilizing Xuan Kong Feng Shui  In addition, Jerry is an expert in Four Pillars of Destiny , Plum Blossom  and Qi Men Dun Jia divination. Jerry is currently researching on a higher form of divination known as Da Liu Ren. Jerry has taught Chinese Metaphysics which included topics in Feng Shui and Destiny in London, Hong Kong, Singapore, Australia, Russia, Spain, and Mexico. Jerry has published four books on the Four Pillars of Destiny, one book on Qi Men Dun Jia, and one on Feng Shui.