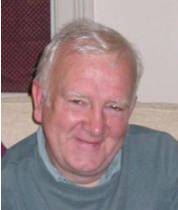 Ced’s particular interest is in Feng Shui’s connection with health, healing, and well-being.

Where a building sits in the urban or rural environment, its neighbours and the nature of the activities in the vicinity can all greatly influence the way it is affected by positive and negative influences, and how those influences, in turn, affect the well-being of its inhabitants.

For good reasons noxious trades - such as tanning - have sometimes been banned from residential areas.  In the past, those activities may have had a highly detrimental chemical content.  Nowadays the concerns regarding some commercial activities may be as much about those industry’s electrical, telecommunication or microwave aspects.

Feng Shui techniques can help to identify problems in the local environment, including those which may emanate from the earth itself, and point to potential solutions, and means of avoiding negative influences.

Feng Shui shares intellectual roots with Traditional Chinese Medicine (TCM), and applications such as Acupuncture.  In more modern times TCM has linked up with physical therapies such as bodywork (as in Eden Energy Medicine) to bring benefits to a person and the house in which they reside.

Ced has studied many aspects of Feng Shui, health and healing.  He has a Post-Graduate Diploma in Urban and Regional Planning from the Architectural Association and is a consultant member of the National Federation for Spiritual Healing, now known as the Healing Trust.

Ced lives in Malvern where for many years he has run Malvern Dowsers; a study group on Eden Energy Medicine; and a practice as a Feng Shui Consultant.