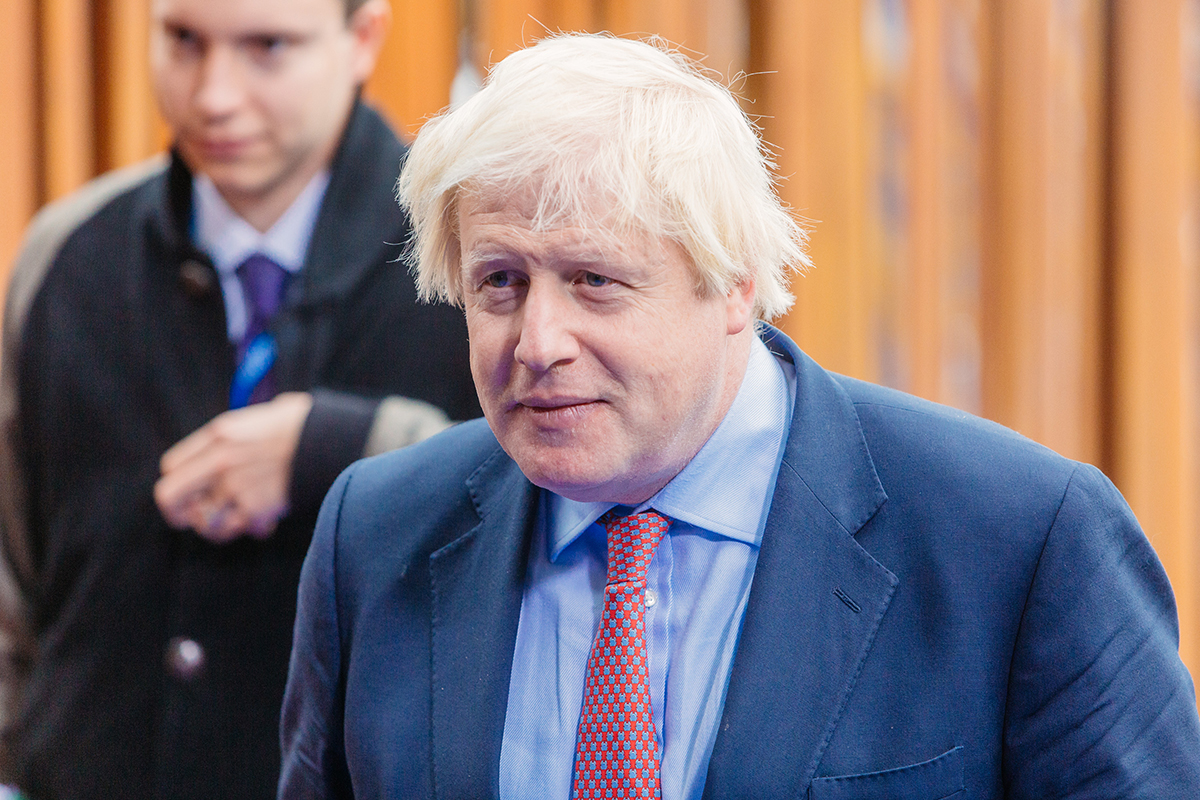 Prime Minister of the United Kingdom Boris Johnson recently announced his engagement to partner Carrie Symonds and the happy news that they are expecting a child. Johnson is clearly enjoying a very favourable period of his life and looking at his Four Pillars chart, this seems to be the case. 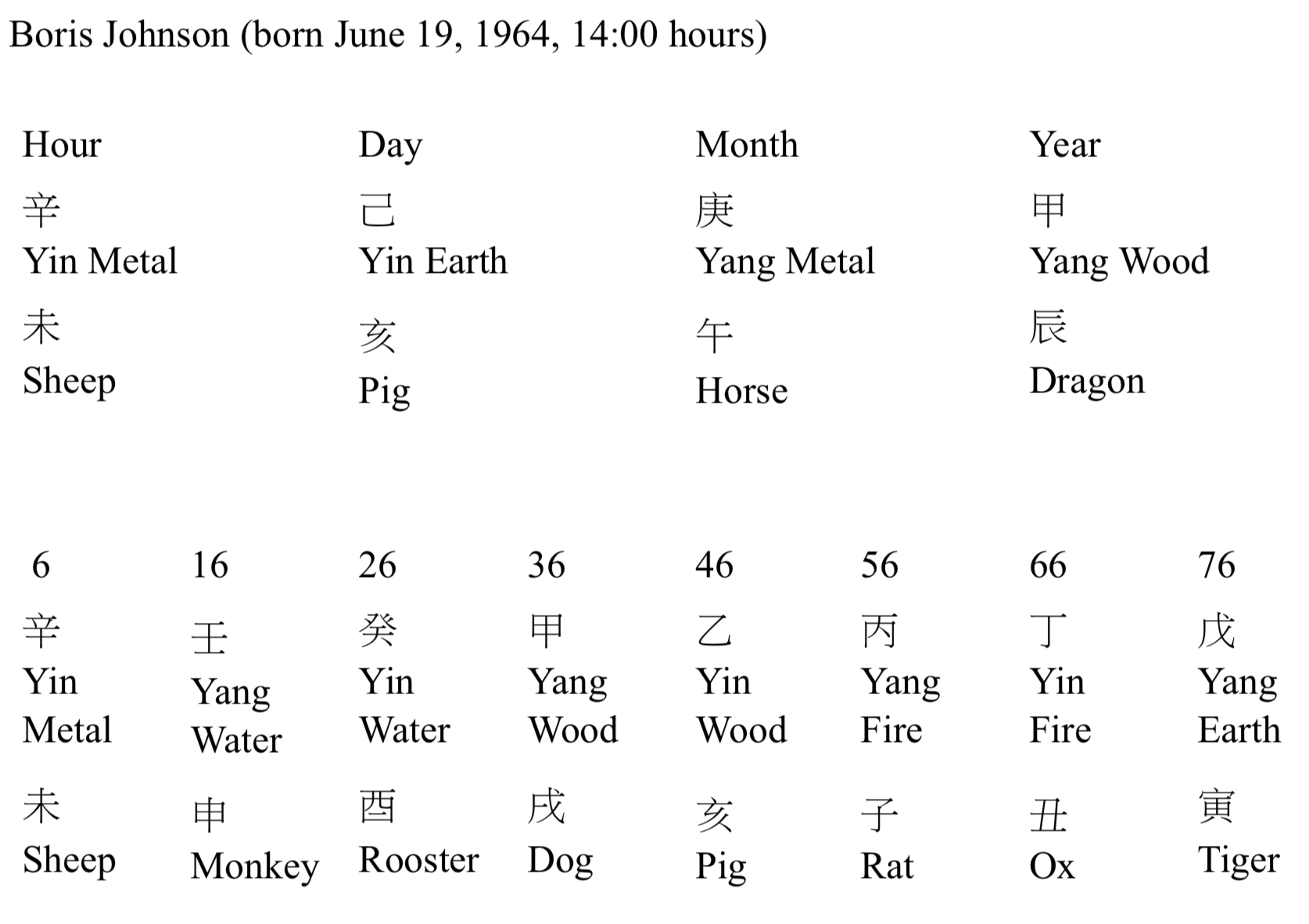 There is a Three Harmony Wood Combination between Johnson’s Pig Day Branch and his Sheep Hour Branch. The most prominent element in his chart is Wood. Johnson is a Yin Earth Day Master. Wood controls Earth and represents his Power element. He has a Follow the Power (Wood) chart. His favourable elements are:

Johnson started his political career in 2001 during the Yang Wood Luck Cycle (age 36 to 40). There was a Stem Combination between the Luck Cycle and his Yin Earth Day Master, indicating career success. Johnson was elected as Member of Parliament for Henley. He also served as a Junior Shadow Minister under Conservative Party leaders Michael Howard and David Cameron.

In 2008 (Yang Earth Rat year), Johnson resigned as an MP and was elected Mayor of London. The Annual Rat Branch combined with his Dragon Year Branch to form his second favourable element Water.

In 2012 (Yang Water Dragon year) during the favourable Yin Wood Luck Cycle (age 46 to 50), Johnson was re elected as Mayor of London. The second favourable element Water was present in the Annual Stem.

In 2015 (Yin Wood Sheep year) in the favourable Pig Luck Cycle (age 51 to 55), the Annual Sheep Branch combined with the Pig and Sheep Branches in Johnson’s chart to reinforce the favourable element Wood. Johnson was elected MP for Uxbridge and South Ruislip.

In 2016 (Yang Fire Monkey year), his second favourable element Water was present in the Annual Monkey Branch. Johnson served as Secretary of State for Foreign and Commonwealth Affairs under the premiership of Theresa May.

2020 (Yang Metal Rat year) will be a mixed year for Johnson. The negative element Metal is present in the Annual Stem but the Annual Rat Branch contains Johnson’s second favourable element Water. While there may be some issues for him, the favourable Water energy will allow Johnson to solve them and enjoy being a father once again.