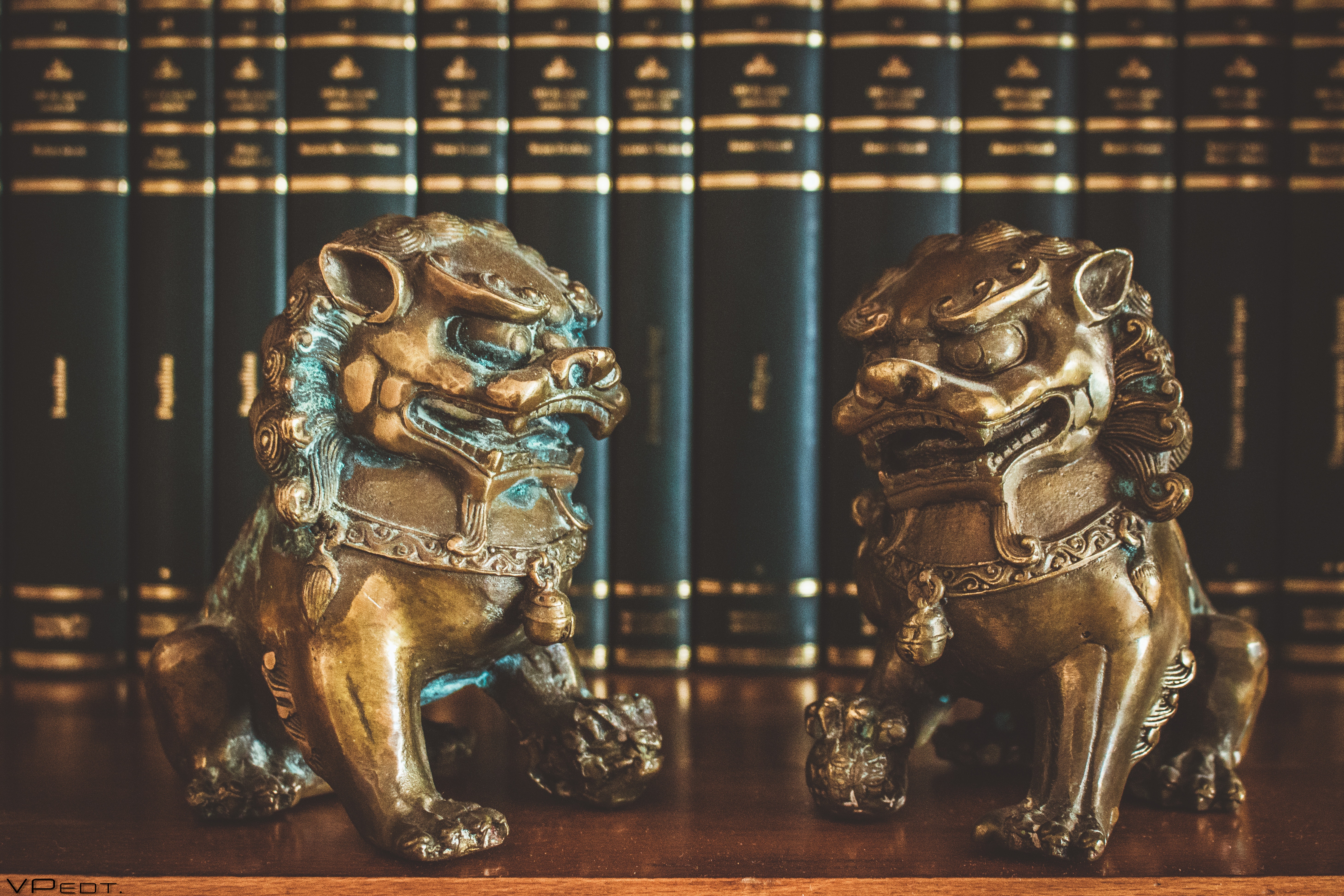 The Gateway to your World

Within Feng Shui the front door is an important consideration as it is known as the Mouth or Gate of Chii where the main flow of energy is encouraged to enter bringing with it new possibilities and new opportunities. We are very closely connected to our homes and they are like a mirror reflecting our inner world, they enclose a external picture of what is happening internally. Just as our first homes are our physical bodies and our mouths are the gateway to nourishing this source so our houses are our second home and the front door area reflects our mouth and the nourishing chi that is encouraged to enter.

So on a practical note the more warm and welcoming the front door is to ourselves, family and friends the more it attracts the vital chi flow into our homes and thus into our lives. From a Feng Shui  perspective this first impression is all important and the appearance of your front door sets the mood for the entire house. Through the ages the front entrance has been important this springs from the remnants of time when ritual focused on the threshold it was a favourite place for sacrifice and in some cultures it was believed to be the home of ancestral spirits.

Traditionally within our own culture crossing the threshold into your home meant moving from one world to another as doorways natural allow not only our physical bodies to pass through but also our auras.

In many cultures as the front door is main entry many societies protected their homes by placing charms or signs upon their doors. These are considered to guard and protect the inhabitants while also encouraging good luck. The variety of such signs is vast the main European and American one is the horse shoe hang with the opening at the top – so none of the luck it catches can spill out – which when placed over a door encouraged good fortune. In America the Pennsylvania Dutch hex symbols, first bought over from Germany by refugees are seen on the porches of American homes. They are colourful, round signs that incorporate symbols like a dove, heart, start or rainbow to celebrate nature but also serve to guard the home. In Northern Africa and near east a symbol of red hand is used to repel the evil eye from home and it is a rare Greek or Turkish home that is not protected by the distinctive blue glass eye.

Much folklore and stories have arisen over time in many cultures regarding the threshold itself. Within Britain it was considered that when you were standing on the front door step itself you weren’t in one world or another – it was where the bogie man could get you!

So in Roman times iron was built into the step which was considered lucky and the god Janus = from whom January derived from – was the guardian of the door and his image often shown with two heads symbolically guarding both the entrance and exit simultaneously.

Later in medieval times, herbs were grown around the doorway for protection. It was where the tradition evolved of carrying the bride across the threshold so her fertility would be affected in any way. It still is the custom in many Eastern homes for everyone to remove their shoes at the front of the door so the energy from the street would not enter the home.

The first person to cross the threshold at New Year is vitally important and a tradition that is still observed today in certain parts of Britain, they were to be male, dark and preferably a stranger, carrying coal, money and food as tokens for a prosperous year ahead.

The idea of a doorway being a gateway into the spirit world is common too, and in Northern Britain it once was a practice that when someone was dying within the house to open all the doors to aid the souls journey from this world into the next a similar practice is observed in Indonesia when a woman is having a difficult labour the doors are all to be opened to encourage the entry of a baby into this world.

Traditionally in China two lion dogs would be placed either side of the front entrance for protection. Within our own culture a pair of lions or eagles may be more suitable, there does need to be two as this helps to maintain a balance. A client I visited recently who collected frogs whether they were china, fabric or in picture form choose to place two terra cotta ones either side of the door step itself and a client who owns a cattery nearby has two stunning Egyptian style cats either side of her front gate which not only act as protection for her home but also serve to confirm her business.

Two hanging baskets or planters are also a popular choice bringing the symmetry and balance of two plus they are watered and cared for you are reaffirming your intention of placing them. 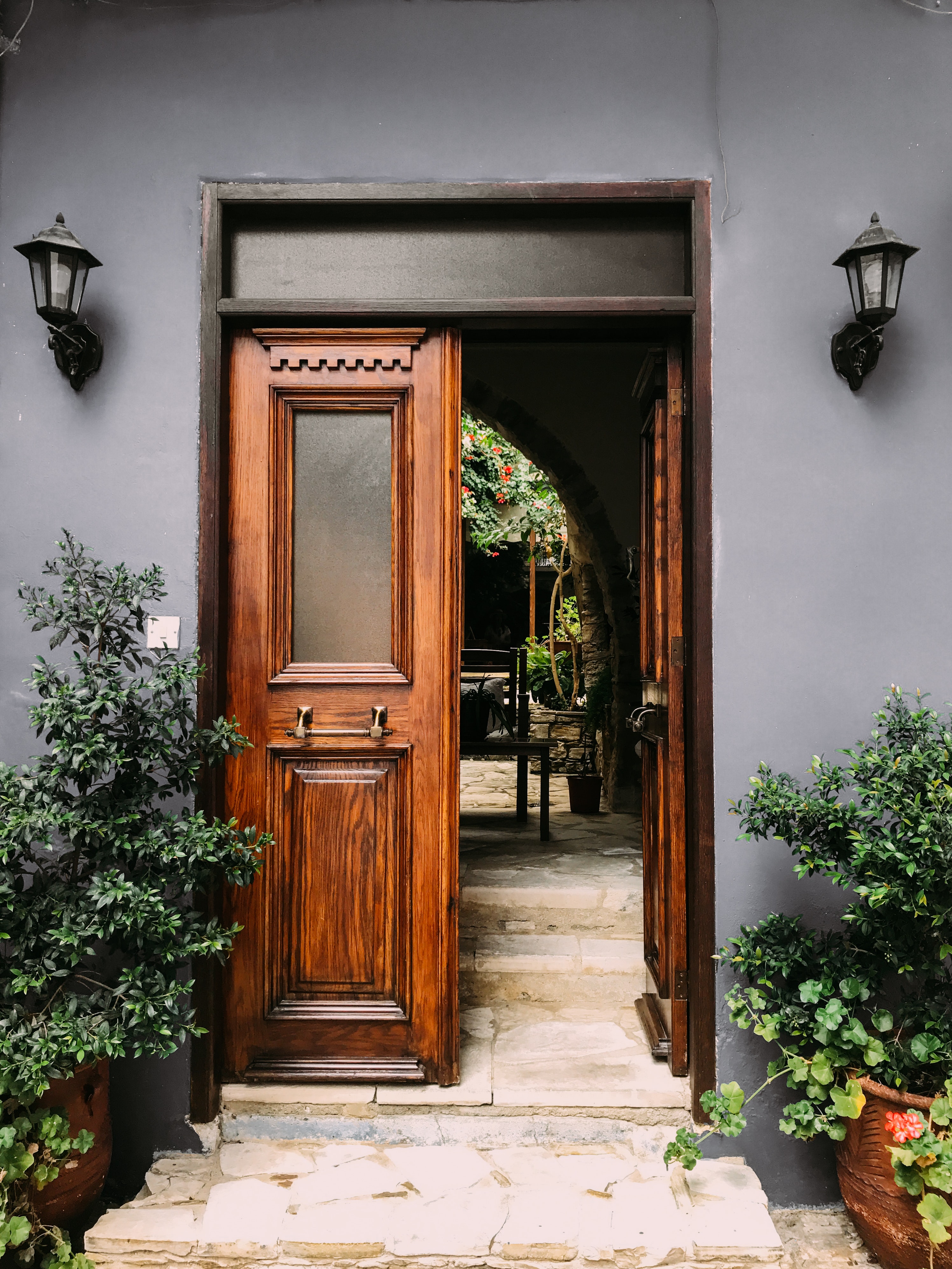 Giving your home a name

Giving your home a name creates a closer connection to it. Many native cultures were aware of this and always named their favourite objects whether it was a weapon, a cooking utensil or a sacred tool. Be careful to choose a name that is positive. I recently visited a family that were having financial difficulties and lived in a house called ‘Stoneybroke’. While on a lighter note two doctors who bought a manor house named it ‘Bedside Manner’ and a more contemporary choice a driving instructor called his home ‘Top Gear’.

When deciding on a name for your house, choose one that speaks your future aspirations for yourself and your family, maybe enticing a smile or assisting in creating a feeling that you are glad to be home.

So first step back and take a moment to look at your front door with ‘fresh new eyes’ as if you were seeing it for the first time. How does it look? Does it reflect you and your families present lifestyle and future aspirations? A home is very much the place to house our dreams.

“If I were asked to name the chief benefit of the house, I should say: